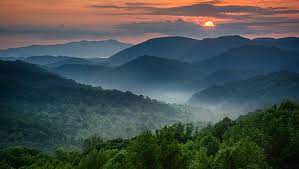 Ellender Nancy Collis Romano passed peacefully at the age of 94 on July 27, 2022 at Connecticut Hospice in Branford, CT.  Born on July 3, 1928 to Florence Hall Roland and James Milton Roland of Ward, SC, she was then raised by Jefferson Collis and Bessie Roland Collis of Old Fort, NC who she regarded as her parents.   All of her siblings predeceased her.  A long-time resident of Milford and West Haven, CT, she was the widow of Anthony J. Romano.  She is survived by four daughters --  Madeline Romano (Thomas Walsh) of Old Lyme, CT; Cheryl Romano (Rick Peters) of Yachats, OR; Rita Romano of Blairsville, GA; and Besse Marra (Richard Marra) of West Haven, CT, as well as grandsons Anthony Marra of Wiscasset, ME and Steven Marra of West Haven, CT.  She is also survived by numerous nephews, nieces and cousins throughout the United States, particularly cousin JD Roland of Old Fort, who she considered her brother.   After graduating from Old Fort High School in the 1940s, Ellender moved to Connecticut, met her husband Anthony, a decorated World War II veteran she married on February 13, and raised her family.  She was an employee of Pratt Whitney and Sikorsky Aircraft for 26 years.  Later in life she attended the University of New Haven.  She was a long-time member of Grace Baptist Church in Milford.  She was a Past Worthy Matron of the Order of the Eastern Star and Past Royal Matron of the Order of the Amaranth.  She received the Grand Cross of Color from the International Order of the Rainbow for Girls.

Visitation will be held on Saturday, August 6 at 2 pm followed by a memorial service at 3:30 at West Haven Funeral Home, 662 Savin Ave. Her ashes will be buried by her request in Old Fort at a later date.  Our sincere thanks go to Connecticut Hospice and Masonicare of Wallingford for their care.  In lieu of flowers donations may be made as memorial contributions to Connecticut Hospice.

To send flowers to the family or plant a tree in memory of Ellender Nancy (Collis) Romano, please visit our floral store.

A Memorial Tree was planted for Ellender