Share a memory
Obituary & Services
Tribute Wall
Donations
Read more about the life story of George and share your memory.

George S. Rennie III, 82, of Hamden passed away on November 17, 2022.  He was the loving husband of the late Suzanne Tourtellotte.  George was born in Chester, PA, son of the late George II and Mary Bell Rennie.  He is survived by his daughter Natasha Lehman and her husband Ed of Guilford, stepdaughter Dr. Kate Degnen and her husband Dr. Hugh Potter of England, stepson Frank Degnen and his wife Theresa of MA, his grandchildren, Veronica, Edwin, Leo, and Sebastian, as well as his sister Mandy Shephard.

As a teenager, George painted his entire bedroom in rows of hieroglyphics that indicated the names of various friends and family members who visited the house. George subsequently graduated from Dickenson College in PA with a degree in Geology and headed to graduate school in Ann Arbor, Michigan. There, he met his first wife, Betty White. They moved to New Haven without completing their master’s degrees so that George could work at the Yale Peabody Museum of Natural History, sculpting dinosaur bones and such.  Together with three other people, he sculpted the giant squid which hung from the ceiling in the entryway. In 1965, he and Betty spent one month touring cathedrals in the Soviet Union.  For many years after his time at Peabody, George worked as a talented and prolific self-employed painter and sculptor, starting with painting traditional icons for Orthodox and Byzantine Catholic churches.  Over time, he also raised a menagerie of pets and bonsai trees.  At one point, he and Suzanne had seven cats and nine turtles. Another time, he had a small tank of Madagascar hissing cockroaches, who he presented with a tiny birthday cake.  George’s love of art, natural history, animals and plants, and world cultures significantly influenced the worldviews of his children and grandchildren.

A Graveside Service will be held on Wednesday, November 23rd at 10am in Mt. Carmel Burial Grounds.  West Haven Funeral Home at the Green has been entrusted with arrangements.

To send flowers to the family or plant a tree in memory of George S. Rennie III, please visit our floral store. 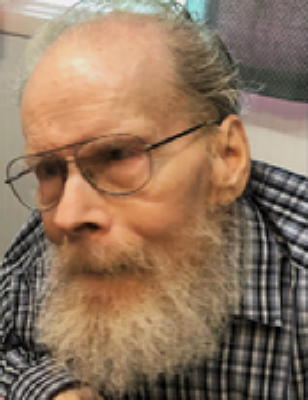