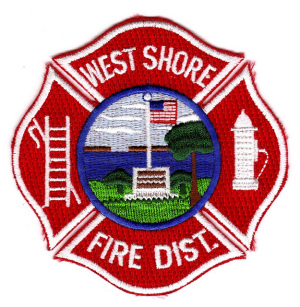 A lifelong resident of West Haven, James earned his Bachelor of Science degree in Fire Administration, and his Masters in Occupational Safety and Health from the University of New Haven.  In addition to his academic degrees, he held Certification in Homeland Security from the American College of Forensic Examiners International, and Fire Certifications from the National Fire Academy, as well as the Commission Fire Prevention and Control for the State of Connecticut.

James was appointed Grade C firefighter for the West Shore Fire District in 1971, promoted to rank of Lieutenant in 1978, and appointed Chief of Department in 1980, for which he served until his retirement in 1996.  Upon his faithful dedication of fire service to the City of West Haven for twenty-six years, he joined Bayer Pharmaceuticals Corporation and directed many positions within their Health, Environment and Safety department.  Throughout his lengthy and distinguished career, James held numerous professional memberships and affiliations, earning many selective awards and esteemed recognition.

Considered career oriented, through-and-through, James was most known for his service mindedness, serving the public was paramount for him.  His two greatest pastimes were visiting the West Shore Firehouse, passionately cheering on the New York Rangers, and attending the Friday evening hockey games while his son Christopher attended Fairfield Prep.  An avid traveler, James looked forward to the many trips taken with his family- most especially their annual trip to Grand Cayman, for which the tradition continued for twenty-five years.

James always reiterated "The Fight Song" lyrics of Fairfield Prep to his son Chris, which read, “We may laugh, we may cry, but we never say die.”   He fought for his life in this disease and embodied this motto till the end.  James will forever remain in the hearts of those he knew, especially with the big smile worn in all of his photographs!

The Burns family would like to extend their heartfelt thanks to Janice & John Cooper, and their sincere gratitude to the angels at Orange Healthcare Center for the love and support both they and James received.

Calling hours will take place on Friday, November 19th, from three to seven o’clock, in the funeral parlor.  On account of safety for those wishing to pay their respects, the family requests facial masks be worn.  On Saturday, November 20th, all are asked to meet DIRECTLY at Our Lady of Victory Church, 300 Capt. Thomas Blvd., West Haven, to celebrate a Mass of Christian Burial, commencing at 9:30am.  Entombment will immediately follow in All Saints Cemetery, North Haven.  In lieu of flowers, donations may be made in James’ honor to The Association for Frontotemporal Degeneration, by visiting: www.theaftd.org/support-aftds-mission.

To send flowers to the family or plant a tree in memory of James Thomas Burns, Jr., please visit our floral store.