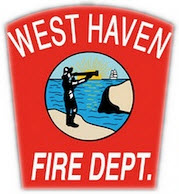 Leo F. “Butch” Arria (Ret. WHFD), age 73, of Naples Fl, formerly of West Haven, passed away on Friday September 25 2020. Butch was predeceased by his parents Frank and Olivia Arria and brother, Charles Arria. He is survived by his 3 loving children Tina Arria, James Arria, Jennifer Arria (Daniel) Cox, along with his beloved granddaughter Olivia Bernice Cox. He is also survived by partner Linda Alcocer, former wife and mother of his 3 children Irene Arria, and former wife Monica Kott, as well as many cousins and lifelong friends.

Born July 15, 1947, in Boston MA, Butch moved to West Haven around the age of 7 in 1954. He graduated West Haven High in 1965 and after 2 years of college at University of New Haven, he and his friend Billy Abbott joined the Army under the buddy system. He proudly served the Armed Forces for 2 years, primarily in Germany. Shortly after returning home Butch continued serving his community by joining the West Haven Fire Department April 17, 1972 and retired June 2003 after a 31 year career. He was a respected and accomplished fireman with many accolades. During his service he was an inspector, a leader in fire education, union president, a member of the mustache 5 and well regarded as the chef of the house. He was a true lover of sports throughout his life, between softball and being an avid golfer.

Visitation will take place on Friday evening from 4 to 8 pm at the West Haven Funeral Home at the green.  At 6 pm prayers will be offered and then at 7 pm military honored will be rendered at the funeral home.  Masks and social distancing are required.

To send flowers to the family or plant a tree in memory of Leo "Butch" Arria, please visit our floral store.