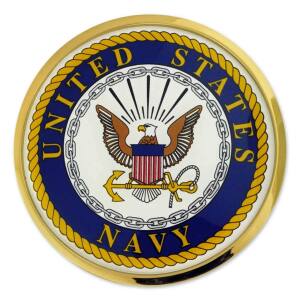 Lou was a proud United States Navy Veteran who served in World War II. He was stationed on the USS Bright (DE-747) where their primary operations were out of Hawaii and the Marshall Islands. May 11-13, 1944, heading towards Okinawa, Japan, the USS Bright was attacked by Japanese Kamikaze planes. The ship suffered many devastating blows causing the ship to take on water. Lou was one of the surviving gunners of the ship that remained manned at his station as the battle continued under rapid fire. Once the battle concluded, the ship was towed to Kerama Retto, Southwest of Okinawa, for emergency repairs then onto Pearl Harbor. On May 12, 1946, Lou was honorably discharged from the United States Navy and begun working as an apprentice stonecutter alongside his father Walter Sr., who was one of the founders of Giordano Monuments. Later he worked at Armstrong Rubber, Winchester Firearms, then United Nuclear as a purchaser where he retired. Upon retirement Lou enjoyed long walks, gardening, helping others, and most of all-playing and getting into trouble with his grandchildren who were the light of his life.

Anyone who knew Lou would agree that he was the most amazing, caring, compassionate, selfless man they ever knew. He did not know the word ‘no’. Whenever help was needed, he was there. It did not matter how tired, sick or how much pain he was in, he always went out of his way to help others. Lou’s love for God and his family was immeasurable. They were what kept him alive all these years. He taught us how to love better, give more, and complain less. Lou showed us that we should enjoy one another and put the trivial things aside; what matters most is family and the love of God. He will be greatly missed and will forever remain in our hearts.

In lieu of flowers donations may be made in Lou’s name to Fisher House Foundation of the CT Veterans Affairs or St. Jude’s Children’s Hospital.

To send flowers to the family or plant a tree in memory of Louis W. Giordano, Sr., please visit our floral store.

A Memorial Tree was planted for Louis