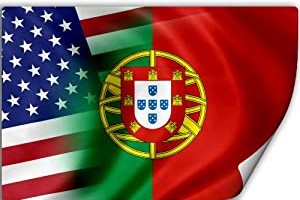 Maria Serra Queiroga, 91, passed away peacefully April 27, 2021, surrounded by her loving children. She was born January 5, 1930, in Nogueira, Boticas, Portugal to Ana Serra.

Maria arrived in this country, as a widow, in 1966 with her six children to give them a chance to live the “American Dream”. She learned the language, obtained her license, became a citizen and purchased a home within a short time. She was a strong, independent woman, the matriarch of her family, and a loving mother and grandmother.

Maria loved spending time with her family, playing solitaire, crocheting and dancing at the Portuguese-American Club. She loved telling stories, flowers, the color purple and keeping the Portuguese traditions alive within her family.

Visitation will be held on Monday, May 3 from 8:30 – 10:30 am, at West Haven Funeral Home at the Green. Maria’s funeral procession will leave the funeral home at 10:30, to celebrate a Mass of Christian Burial in St. Lawrence Church at 11 o’clock. Interment will follow in St. Lawrence Cemetery.

To send flowers to the family or plant a tree in memory of Maria (Serra) Queiroga, please visit our floral store.