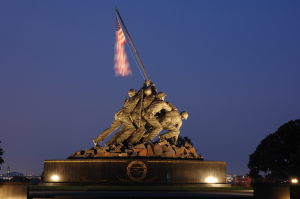 Raymond graduated from West Haven High School as a star athlete in lacrosse, having received the distinction of MVP for three consecutive seasons as well as the coveted Coaches Award. He later graduated with high honors from Porter and Chester Institute as an ambassador, whereby his artistic nature and skillset punctuated through his ultimate degree in architecture and computer aided design. Continuing to follow his passion, Raymond enlisted in the United States Marine Corps, whereby he dutifully served his country with honor and pride. Having experienced a three-time Navy Sea Deployment, Raymond’s dedication and steadfast commitment to his cause never wavered. Milestones within his military career were marked by ribbons of achievement, such as that of National Defense Service, Global War on Terrorism Service, USMC Good Conduct, USN and USMC Overall Achievement. Illustrations of his personality include unending and harmless pranks, an appreciable sense of humor, a gifted creative ability, his sensitive nature, and kindness shared amongst all he knew. Raymond is now at rest; however, he has left an indelible mark within the hearts and minds of those left behind.

Arrangements have been entrusted to West Haven Funeral Home at the Green. Calling hours will be held on Friday, September 23rd, from five to eight o’clock. A Mass of Christian Burial will be celebrated on Saturday, September 24th, at 10 o’clock, in St. Mary Church, 5 Hillhouse Avenue, New Haven. Attendees are asked to meet directly at church. Interment will immediately follow in Oak Grove Cemetery, West Haven, with full military honors rendered.

To send flowers to the family or plant a tree in memory of Raymond C. Mayberry Jr., please visit our floral store.

A Memorial Tree was planted for Raymond