Share a memory
Obituary & Services
Tribute Wall
Donations
Read more about the life story of William and share your memory.

William H. Dorgan, of West Haven, passed away peacefully on Tuesday, November 15, 2022. He was the beloved husband of 32 years to Frankie Dorgan. William was born in New Haven on October 22, 1938 and was the son of the late William and Marie Dorgan. He was a 20-year veteran, serving in both the Navy and the Coast Guard Reserves. William worked as a West Haven police officer for over 25 years. During his time as a police officer, he worked as a crime prevention officer and taught marksmanship at UNH. After his retirement, he worked for American Medical Response as a driver. William had many hobbies including sharpshooting, playing the bagpipes for the Emerald Society, skiing, scuba diving, golf, and traveling. He also enjoyed spending time with his beloved dog, Biscuit. William was predeceased by his daughter Maureen Dorgan and his stepdaughter Janine Donovan. He is survived by his children Kathleen (Joseph) Mueller and Colleen Scott. He was a loving and supportive grandfather to Joseph (Lindsay), Ali, Hannah, Cooper, Darby, Samuel, Kaitlyn, Jocelyn and his great granddaughter Natalie. He was the brother of John Dorgan, the late Judith D’Amico, and the late Thomas Potter.

Visitation will take place on Saturday, November 26, from 10 am to noon at the West Haven Funeral Home at the green.  Services will begin at noon, followed by military honors at the funeral home.

To send flowers to the family or plant a tree in memory of William H. Dorgan, please visit our floral store. 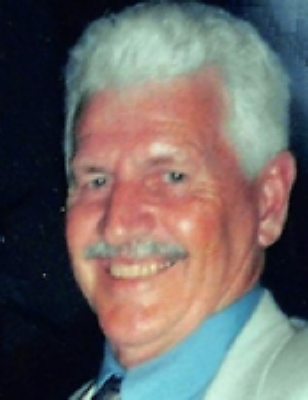